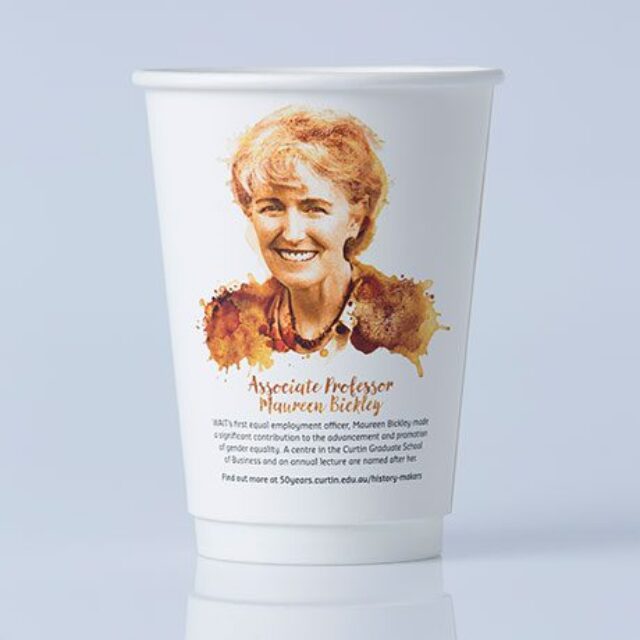 WAIT’s first equal employment opportunity officer, Maureen Bickley made a significant contribution to the advancement and promotion of gender equity. A centre in the Curtin Graduate School of Business and an annual lecture are named after her.

Before joining Curtin University, Maureen Bickley was an Affirmative Action Consultant in the Office of the State of Women in the Department of Prime Minister and Cabinet and was part of the Affirmative Action Reform Unit which was to introduce equal employment opportunity (EEO) to the workplace.

She joined Curtin as a part-time tutor in 1982 in the Department of Economics and Finance. In 1985 she was appointed the University’s first EEO officer and introduced policies and training courses on EEO legislation. Bickley held this role until 1988 when she moved to senior roles within government.

In 1990, Bickley began PhD studies in management at Curtin, later becoming a full-time student at Curtin’s Graduate School of Business (CGSB). She managed to complete her PhD whilst battling breast cancer. She became an Associate Professor in 2005 and won CGSB teacher of the year.

She was an inspirational teacher, a valued mentor, a resourceful researcher and, from 2000 until her untimely death in 2007, a fun-loving colleague.

The Maureen Bickley Centre for Women in Leadership was established within the CGSB in March 2008 to honour Bickley’s many achievements including significant contributions to the advancement and promotion of gender equity and women in leadership.  The Maureen Bickley Lecture is held annually.

Maureen Bickley is one of 14 Curtin history makers being profiled on a collection of limited edition coffee cups released as part of Curtin University’s 50 Years of Innovation celebrations. The cups will be available at most coffee shop outlets on the Bentley campus during August and October.