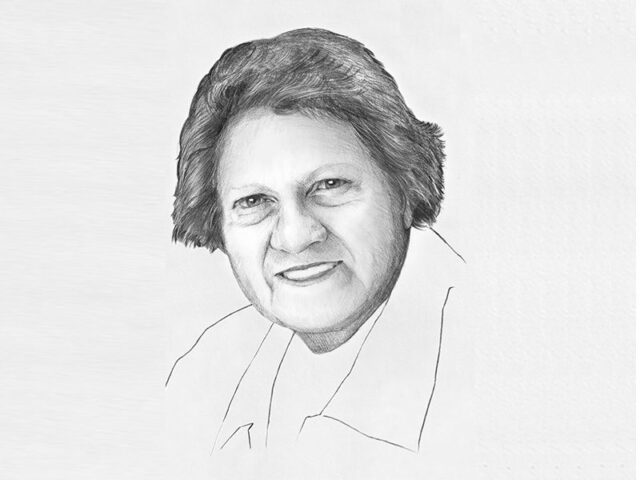 Former Director of the Centre for Aboriginal Studies (CAS), 2008 John Curtin Medallist and Curtin alumna Joan Winch has been instrumental in delivering health worker training for Indigenous people and communities across WA.

After leaving school at the age of 13, Joan Winch went on to have a long and distinguished career in the health sector. She graduated from WAIT’s inaugural Diploma of Nursing cohort in 1979, and became the first visiting Nyungar community nurse at the Perth Aboriginal Medical Service in 1980.

After starting work at the Perth Aboriginal Medical Service, Winch began planning an Indigenous health worker education program that applied principles and practices she had seen during time spent overseas in India and China in the 1970s. She set up the Aboriginal Health Worker Education Program in 1983. In 1990, the program became the Marr Mooditj (‘Good Hands’) Foundation. In 1999, Winch began a three-year stint as Director of CAS and was the Centre’s Patron until 2010.

Winch has also devoted countless hours throughout her life to serving her community. While working as a visiting community nurse, she used her free time to help mothers in Indigenous communities, leading to the establishment of Kalgoorlie Indigenous maternal and infant health service Ngunytju Tjitji Pirni.

Winch was awarded the Sasakawa Award for Primary Health Care Work by the World Health Organisation in 1987. She received the John Curtin Medal in 2008 for her tireless work to improve Indigenous primary health care in Western Australia.