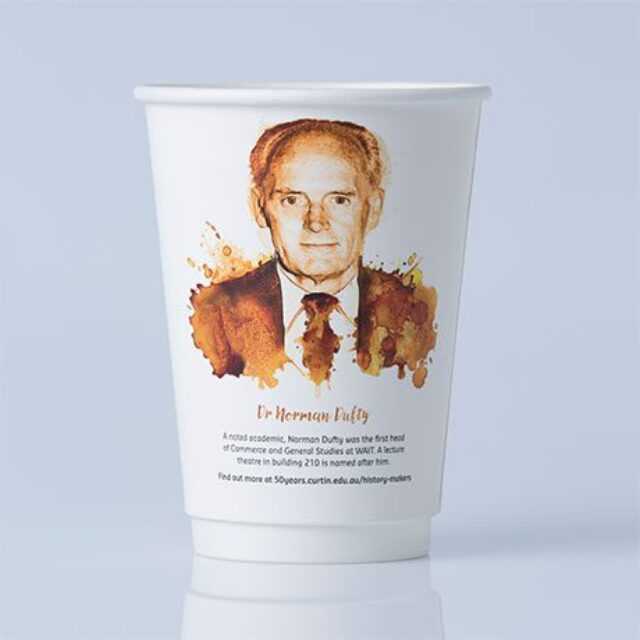 A noted academic, Norman Dufty was the first head of Commerce and General Studies at WAIT. A lecture theatre in building 210 is named after him.

Norman Dufty was born in Sheffield in 1919. He studied metallurgy and worked for a number of years in the steel industry before coming to Australia in 1948, where he shifted to management consulting with WD Scott. In 1953 he moved to Perth and joined Perth Technical College as a senior lecturer in metallurgy.

Dufty took an interest in management training and became head of department at the College in 1957. He studied part-time to gain an arts degree, majoring in economics, followed by an MBA in industrial relations. In 1964 he became Assistant Principal for Commerce and General Studies and was well liked for his lecturing methods, particularly in the field of economics.

Dufty received honours from a variety of professional organisations for his academic work and was a visiting professor at several American universities. He was also an adviser to federal and state governments, trade unions and employers in a variety of fields.  His contribution to WAIT and Curtin was recognised when a lecture theatre on the Bentley campus was named after him.

Norman Dufty is one of 14 Curtin history makers being profiled on a collection of limited edition coffee cups released as part of Curtin University’s 50 Years of Innovation celebrations. The cups will be available at most coffee shop outlets on the Bentley campus during August and October.