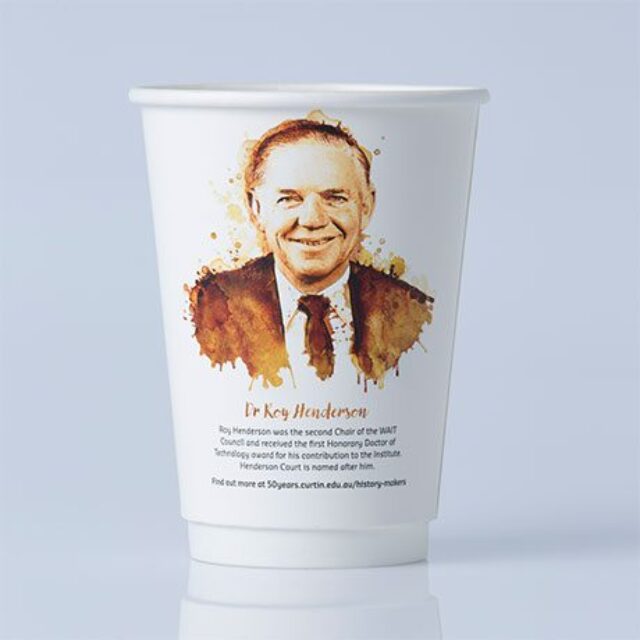 Roy Henderson was the second Chair of the WAIT Council, and received the first Honorary Doctor of Technology award for his contribution to the institution. Henderson Court is named after him.

Roy Henderson made a significant contribution to the demanding and important early days of WAIT.  He was a member of the small interim Council which consisted mainly of officers from education and public service, chosen for his experience in the business sector.

Henderson was appointed Deputy Chairman of the Council remained in that position when the full Council was formed two years later.  He became Chairman following the sudden passing of Dr TL Robertson.

Henderson was a popular and effective Chairman, known for his good humour, willingness to hear all viewpoints and his skills in achieving consensus.  After two three-year terms as Chairman of the WAIT Council, his important contribution was recognised when he received the first Honorary Doctor of Technology conferred by WAIT, and a central interior courtyard of the campus was named after him.

Roy Henderson is one of 14 Curtin history makers being profiled on a collection of limited edition coffee cups released as part of Curtin University’s 50 Years of Innovation celebrations. The cups will be available at most coffee shop outlets on the Bentley campus during August and October.