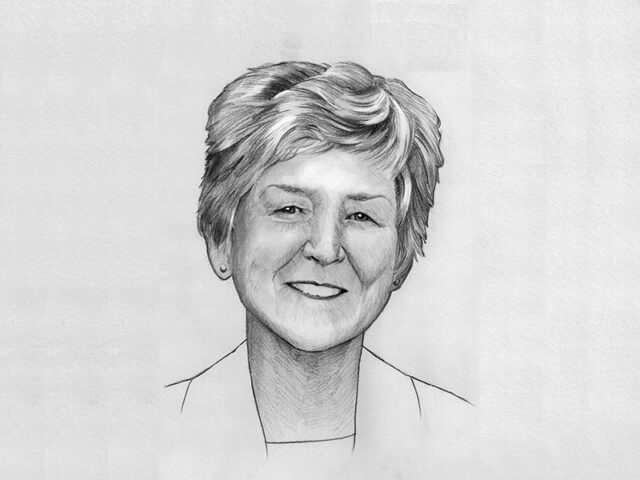 Jo Barker discovered occupational therapy as a 17-year-old living in New Zealand, falling in love with the profession’s goal of helping people to regain their independence. She completed her university qualification in 1963, working with people who were recovering from strokes.

Moving to WA in 1969, she worked within the mental health field, helping hospital outpatients to regain daily living skills. Barker joined Curtin in 1979, as Head of Occupational Therapy, a position she held until 1993.

The first female board member of Perth’s Sir Charles Gairdner Hospital and, subsequently, its first female Chair, she was also the first Australian President of the World Federation of Occupational Therapists.

After retiring in 2001, Barker served as Chair of the Mandurah Performing Arts Centre for a decade, using her exceptional leadership and interpersonal skills to drive the transformation of the under-utilised landmark building into a cultural hub for the region.

In 2008, she was awarded the Chamber of Commerce and Industry’s Alcoa Business Excellence Award for Enterprising Women and, in 2012, the John Curtin Medal for her leadership in occupational therapy and her extensive contribution to developing cultural and educational opportunities in Mandurah.