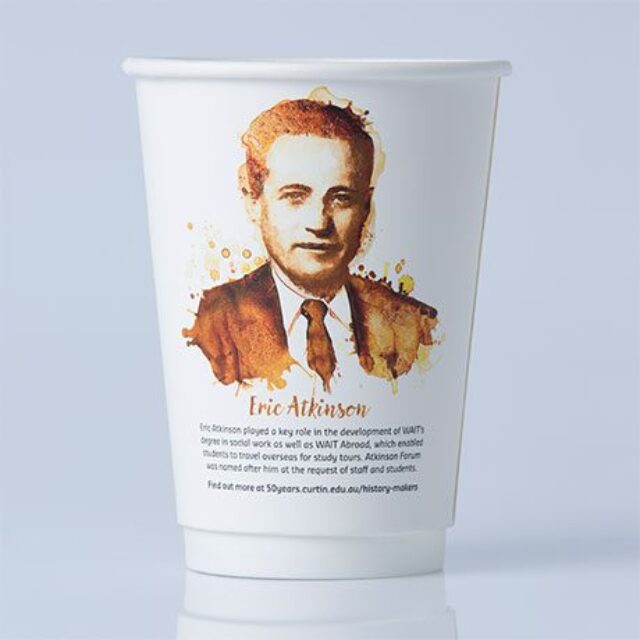 Eric Atkinson began his career in 1948 as an Assistant Teacher of primary students and then became a Guidance Officer in 1953 at the Perth Technical College. He was promoted to senior lecturer in 1955.

His work at the Perth Technical College and, later at WAIT, helped lay the foundations for the then schools of Communications and Cultural Studies, Psychology, Social Sciences and Social Work.

He played an important role in the development of WAIT’s social work course to degree status, becoming Head of Department in 1964. He also played a key role in WAIT Abroad, a program that enabled groups of students, accompanied by staff members, to travel abroad to study and report on overseas developments in their fields and earn credits towards their degrees.

Atkinson passed away at the age of 52 in 1975. Because of the high regard in which he was held, students and staff requested the forum next to building 401 at the Bentley campus be named after him.

Eric Atkinson is one of 14 Curtin history makers being profiled on a collection of limited edition coffee cups released as part of Curtin University’s 50 Years of Innovation celebrations. The cups will be available at most coffee shop outlets on the Bentley campus during August and October.