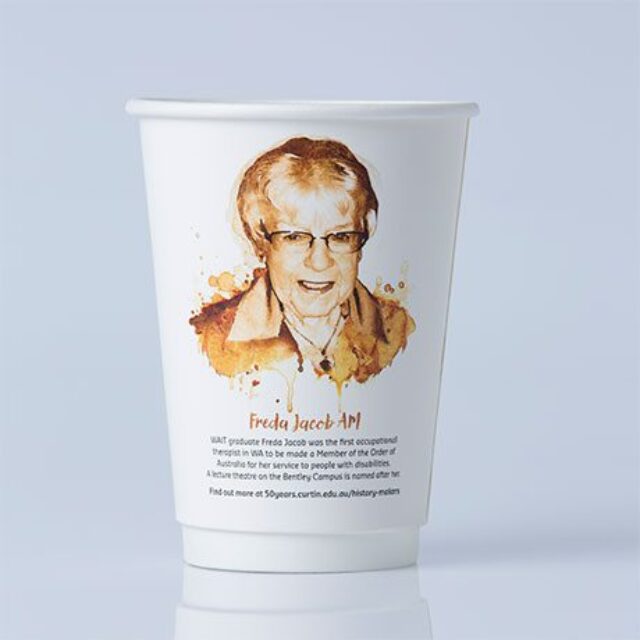 WAIT graduate Freda Jacob was the first occupational therapist in WA to be made a Member of the Order of Australia for her service to people with disabilities. A lecture theatre on the Bentley campus is named after her.

On an international level, she was the first person outside the United States to sit for the American Registration Examination and was the first Western Australian member of the World Federation of Occupational Therapists.

In 1978, Jacob founded the Independent Living Centre of Western Australia and in 1981 was the first occupational therapist in WA to be awarded the Member of the Order of Australia (AM) for her service to people with a disability.

Freda Jacob is one of 14 Curtin history makers being profiled on a collection of limited edition coffee cups released as part of Curtin University’s 50 Years of Innovation celebrations. The cups will be available at most coffee shop outlets on the Bentley campus during August and October.