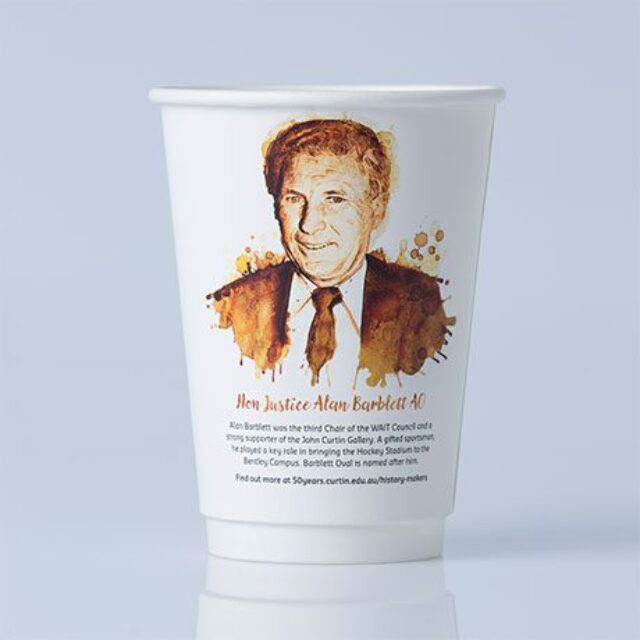 Alan Barblett was the third Chair of the WAIT Council and a strong supporter of the John Curtin Gallery.  A gifted sportsman, he played a key role in bringing the Hockey Stadium to the Bentley campus. Barblett Oval near Kent Street is named after him.

Alan Barblett, who had an honours degree in law and a bachelor degree in philosophy and psychology from The University of Western Australia, joined the WAIT Council in 1970.  He was a practising lawyer and, during his time as Chairman from 1976 to 1985, he also held many senior positions in the legal sector.

As well as being an effective and respected Chairman, Barblett played a significant role in the negotiations which resulted in the Commonwealth Hockey Stadium being located on the Bentley campus.  The stadium was a gift to WA from the Federal Government to recognise the State’s 150th anniversary.

The naming of Barblett Oval near the Kent Street entrance to the Bentley campus recognised both his outstanding contribution to WAIT and his participation in, and support of, hockey in Western Australia.

Barblett also made an important contribution to the cultural life of the University and the State through his long-standing support of the John Curtin Gallery, which was recognised when he was named a John Curtin Centre Fellow.

Alan Barblett is one of 14 Curtin history makers being profiled on a collection of limited edition coffee cups released as part of Curtin University’s 50 Years of Innovation celebrations. The cups will be available at most coffee shop outlets on the Bentley campus during August and October.