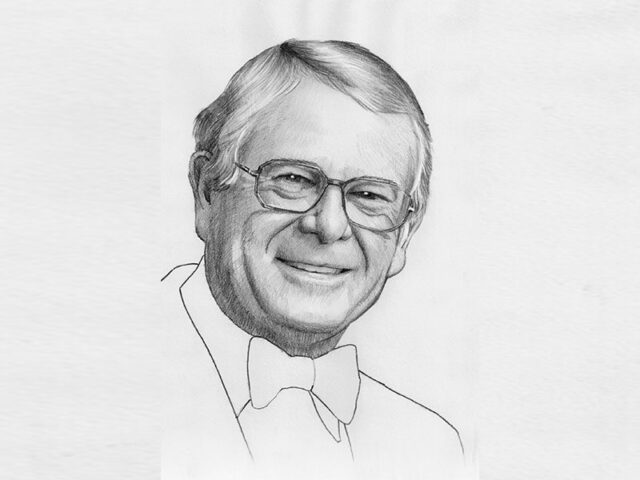 John Milton-Smith helped shape the direction and success of the Curtin Business School as its Executive Dean and later played an important role in internationalising the University as the first Deputy Vice-Chancellor Curtin International. He was also a strong supporter of the John Curtin Gallery and was made a Fellow of the University in 2008.

Professor John Milton-Smith was a graduate of Sydney, Monash and Cambridge Universities with a background in international trade, marketing and consulting.

Milton-Smith joined Curtin University in 1989 as Executive Dean for the Division of Business and Administration. In 1990, he successfully led the move to rename the Division ‘Curtin Business School’ (CBS) and develop it into a more integrated entity with courses geared towards industry and professional specialisations. By the mid-1990s, under his leadership, CBS was one of the largest business schools in the Australia-Asia region.

In 1998 he was appointed Deputy Vice-Chancellor of Curtin International. Committed to the internationalisation of education and armed with considerable experience working in Asia, both with CBS and private industry, Milton-Smith set about growing the University’s international presence. His work in this area began with initial responsibility for the Curtin campus in Sarawak, Malaysia.

In 2002, after four years with Curtin International, Milton-Smith became Professor of Management at CBS, a position which he held until 2007 when he left Curtin to return to consulting roles in the private sector.

The author of nine books and more than 60 refereed articles, Curtin appointed Milton-Smith emeritus professor in 2007.