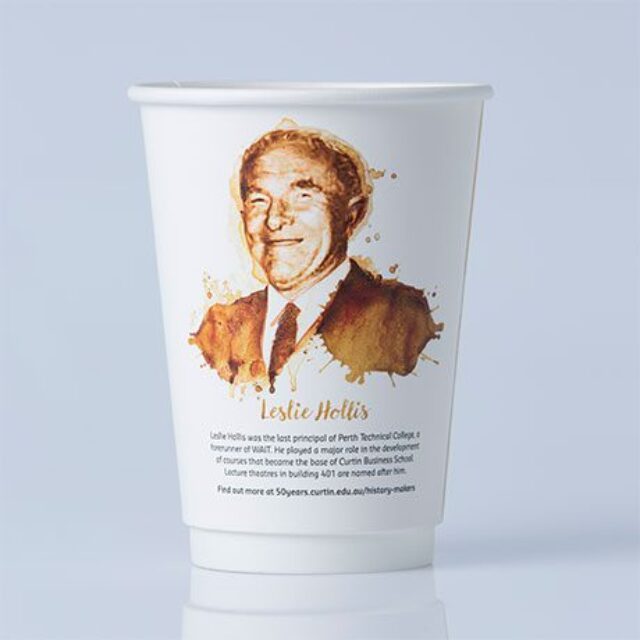 Leslie Hollis was the last principal of Perth Technical College, which was a forerunner of WAIT. He played a major role in the development of courses which became the base of Curtin Business School.

Leslie Hollis gained his academic and professional qualifications through part-time study and correspondence, much of it whilst teaching in small rural schools and in the army.

Hollis retired from Perth Technical College just before the establishment of WAIT. He had held the position of Principal for six years after a 20-year career at the College, playing a key role in the development of courses in accounting, secretarial practice, management and administration which provided the base for what is now the Curtin Business School.

His legacy was honoured in the naming of two lecture theatres after him in building 401.

Leslie Hollis is one of 14 Curtin history makers being profiled on a collection of limited edition coffee cups released as part of Curtin University’s 50 Years of Innovation celebrations. The cups will be available at most coffee shop outlets on the Bentley campus during August and October.