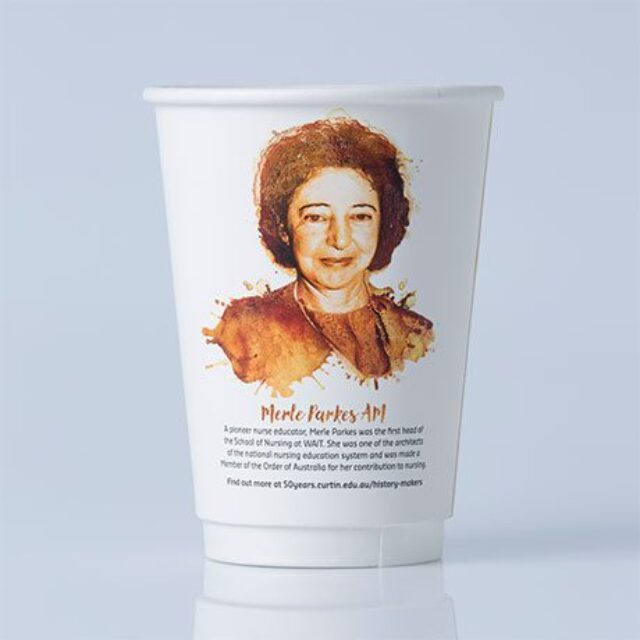 Merle Parkes was a pioneer nurse educator and the first head of the School of Nursing at WAIT.  She was one of the architects of the national tertiary education system for nurses and was made a Member of the Order of Australia in recognition of her significant contribution to nursing education.

Merle Parkes dedicated her career to nursing education and showed great leadership skills at an early stage, winning a number of scholarships and participating in an International Council of Nursing Congress.

In 1962 she became Principal Nurse Educator at Royal Perth Hospital. In 1971, after her involvement in the planning and organisation of specialist diploma courses, she was appointed Principal of the WA Branch of the College of Nursing. Here she became involved with WAIT and was appointed Senior Lecturer and then later Head of Department at the Institute.

In 1979 WAIT became the first Australian tertiary institution to receive approval for a nursing degree program after a protracted battle with the federal government.  The then Director of WAIT, Dr Haydn Williams, described this as “a famous victory” for Parkes as head of the nursing course, and it catalysed a national shift from hospital-based training to university-based education for the nursing profession.

Parkes left WAIT to take on the role of Head of School of Nursing at the Tasmania College of Advanced Education, but left a lasting legacy. Her outstanding contributions were acknowledged with the naming of two laboratories in her honour.

Merle Parkes is one of 14 Curtin history makers being profiled on a collection of limited edition coffee cups released as part of Curtin University’s 50 Years of Innovation celebrations. The cups will be available at most coffee shop outlets on the Bentley campus during August and October.