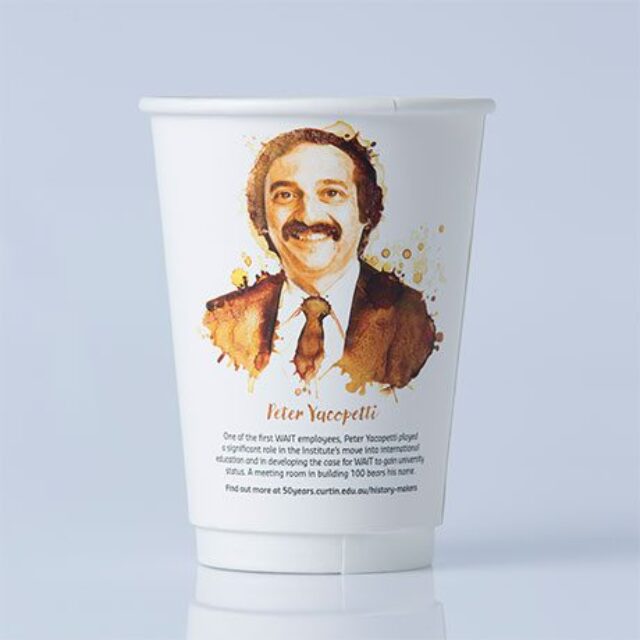 One of the first WAIT employees, Peter Yacopetti played a significant role in the Institute’s move into international education, and in developing the case for WAIT to gain university status.

Peter Yacopetti’s career began with the Western Australian Government Railways in 1953 where he held a number of clerical positions over a 13-year period.

In 1967, he joined WAIT and held a number of administrative posts before becoming Financial Controller in 1974. In 1985, he was appointed Executive Director, Administration and Finance and took on the role of Secretary to Council.

Yacopetti’s financial expertise was widely respected and he made an important contribution to the development of proposals which ultimately allowed Curtin to expand into overseas markets and, later, gain university status. He remained at Curtin until his retirement in 1993.

Curtin recognised his significant contribution to WAIT, Curtin and the Council by conferring on him the award of Curtin Fellow. A meeting room in the Chancellory building on the Bentley campus is also named after him.

Peter Yacopetti is one of 14 Curtin history makers being profiled on a collection of limited edition coffee cups released as part of Curtin University’s 50 Years of Innovation celebrations. The cups will be available at most coffee shop outlets on the Bentley campus during August and October.