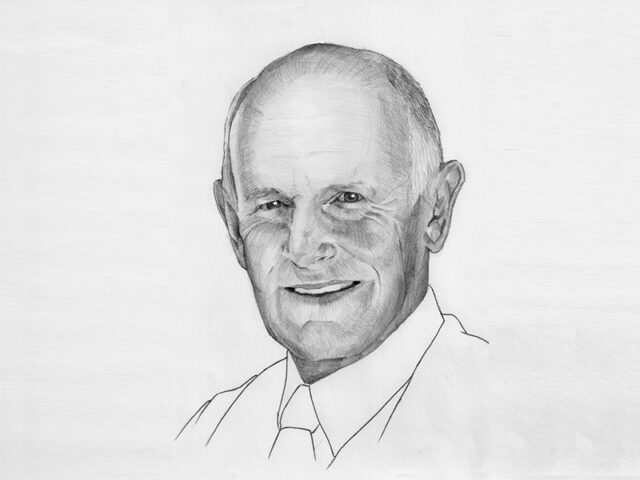 As Vice-Chancellor and President of Curtin University Professor Lance Twomey was instrumental in the establishment of the Curtin Malaysia campus in Sarawak. The building housing the Faculty of Business in Sarawak has been named after him.

Lance Twomey started his career at WAIT teaching physiotherapy, having gained a Diploma of Teaching from the Perth Technical College. He subsequently undertook a Bachelor of Science at the University of Western Australia, completing his honours year while head of physiotherapy at WAIT and completing a doctorate in 1981. He was made Deputy Vice-Chancellor, Academic Affairs at Curtin in 1989 and was appointed vice-chancellor in 1997.

His emphasis on growing an international strategy was a key part of his vision as vice-chancellor, as was his focus on teaching excellence; he created two new Deputy Vice-Chancellor positions to cover these key portfolios.  Curtin’s first offshore campus, Sarawak, was established during his tenure.

Twomey also fostered a strong sense of social equity at Curtin, promoting women to higher management positions, promoting the University’s multicultural mix and strongly encouraging access by Aboriginal students and other disadvantaged groups. Under his watch, the landscaping at the main campus was significantly enhanced, generating a sense of pride in staff and students and impressing the University’s many visitors. He retired after a decade at the helm.