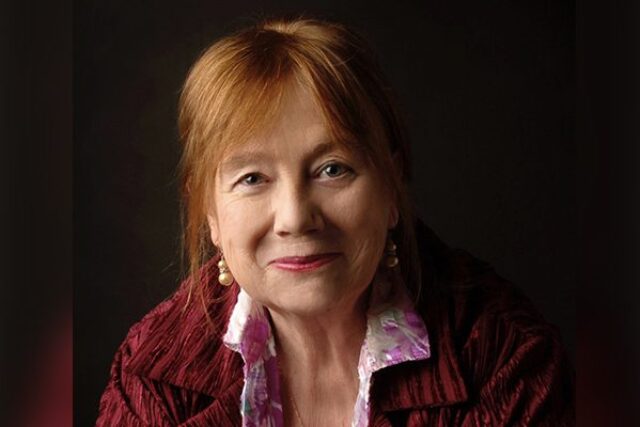 As a single mother with two children, I went to WAIT to enrol in Physiotherapy because it seemed practical to do so.  However, as I walked past the back door of Hayman Theatre I thought “I’ll just have a quick look inside”. Once there, I had an overwhelming feeling of belonging; and Film and Television seemed like a logical choice of second major.

While at WAIT I married again and had a third child – in a mid-semester break, so I didn’t miss a class and my daughter was beautifully quiet during classes; until she became more active and went to the WAIT childcare centre.

It took me 4 years to complete the double major and at the end had a choice:  a job as a film editor or a job at the ABC. The latter won because of where I felt it would take me in my performing career.

I’m very thankful to Gough Whitlam for the policies that allowed me to go to University for the first time; and am grateful to the marvellous staff I was privileged to have teach and mentor me. Curtin is forever in my heart.

Since leaving Curtin University (WAIT) with a B.A. double major in Theatre Arts and Film & Television I worked as a broadcaster for the ABC (1979-1985); then in the State Public Service before heading to Melbourne working as a professional actor for 15 years. Returning to Perth for family, now with a Grad.Dip.Psych (UWA), Postgrad.Dip.Psych (Murdoch).

This was probably when I grew the most

Many students are still my good friends

I help generate significant economic resources for my country