An educational leader in WA in the first decades following World War II, George Hayman was one of the driving forces behind the establishment of WAIT, campaigning vigorously for an institute that would meet the state’s demand for skilled workers. He is remembered in the Hayman Theatre and Hayman Road.

George Hayman joined Perth Technical College as a senior cadet, later becoming assistant lecturer in physics in 1918. He studied part-time at the college and obtained diplomas in mechanical and electrical engineering. He furthered his studies at The University of WA and graduated with a Bachelor of Science and a Bachelor of Education.

Hayman spent some time studying wireless technology in England before returning to Perth Technical College. In 1939 he was appointed head of the engineering department and in 1948 was appointed Superintendent of Technical Education. He was a strong and early advocate for the development of an institute of technology in Western Australia.

When the new institute was ultimately approved, Hayman had the task of choosing a suitable location and developing a plan for the campus. He produced a detailed report of the requirements needed to build WAIT, drawing on his experiences travelling to colleges abroad. In consultation with the Perth City Council and architect Vin Davies, the Collier Pine Plantation in Bentley was chosen as the site for WAIT after a large bushfire in the 1950s cleared the way for the land’s development.

Hayman was appointed Deputy Director General of Education in 1960 and retired in February 1962. He passed away on 16 September 1969. 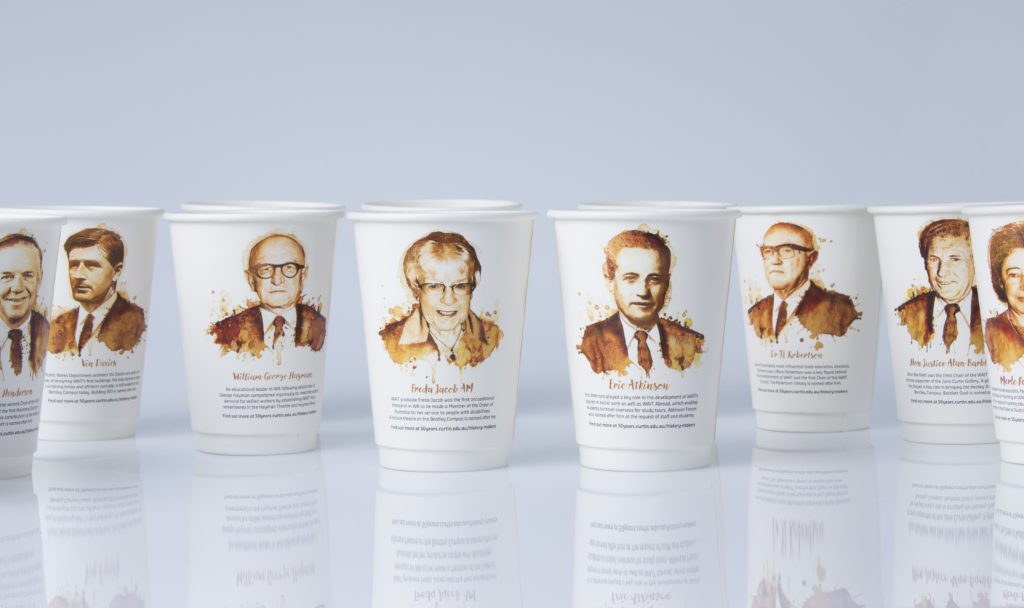 George Hayman is one of 14 Curtin history makers being profiled on a collection of limited edition coffee cups released as part of Curtin University’s 50 Years of Innovation celebrations. The cups will be available at most coffee shop outlets on the Bentley campus during August and October.