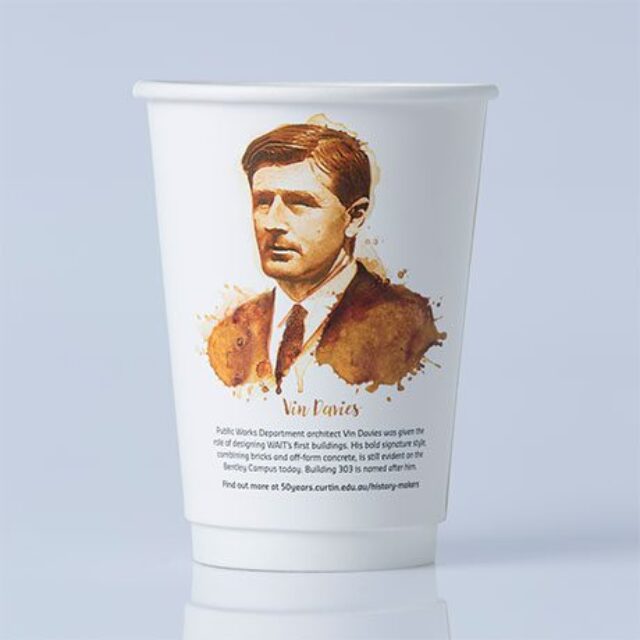 Vin Davies was a member of the first architecture class at Perth Technical College when the course was introduced in 1946. He graduated in 1950 and joined the Public Works Department as a cadet architect, later becoming Senior Architect, Design.

In 1960 Davies was assigned to begin design development of the Perth Technical College site on James Street, but he questioned the aesthetic and environmental appropriateness of situating a major technical institution next to the State Library and a proposed new art gallery.

Along with the then Deputy Director General of Education, George Hayman, he also questioned whether machinery noise and industrial effluent from the laboratories would be acceptable to either the Perth City Council or local property owners. The project was then re-examined completely and in 1962 the government announced the new institute of technology would be built on the current Bentley site.

Davies regarded the design of the WAIT buildings as his most rewarding project, due in part to the large scale of the Institute. In honour of his work, building 303 is named after him.

Vin Davies is one of 14 Curtin history makers being profiled on a collection of limited edition coffee cups released as part of Curtin University’s 50 Years of Innovation celebrations. The cups will be available at most coffee shop outlets on the Bentley campus during August and October.